How could the Romans have imagined how centuries of horticulture transformed ugly little pears, hard and dry as pebbles, into fragrant sweet fruits? They wouldn’t have believed their taste buds! And yet, it is thanks to their work of selection and grafting, that the pear, as we know it, appeared in Europe.
In 1690, Louis the 14’s gardener drew up a list of more than one hundred and seventy different pears. The pear became the royal fruit par excellence, because the flesh of the best pears is tender like butter, and delicate on the palate. So, while the identity of apples had been lost in the countryside and through the ages, because they were renamed differently, depending on the region, the pears kept their pedigree. Indeed, pears are more distinguished than apples, because they have always been preserved by the castles and the abbeys, which were proud of their orchards. Unfortunately, when the INRAE ​​(National Institute for Agronomic Research) initiated the most exhaustive possible listing of the French genetic heritage, the pears became nothing more than P.U.N.K followed by numbers. Exit the “Cuisse Madame”, “Poire de curé”, “Bon Christian d’Hiver”, Louis the 14’s favorite pear, or even the “Beurré Hardy”, a late pear with an exquisite taste.

Yes, but anybody cannot be an arborist ! Pruning pear trees requires advanced know-how and a patience that is hard to imagine. It takes more than twenty-five years for a five-tiered palmette pear tree called “Palmette Legendre” to reach two meters eighty centimeters (four hundred fifty seven inches) in height. When you look at the veterans of the King’s Vegetable Garden, you will see some trees that are more than a hundred years old. Sadly, many of them must have been pulled out. So we will have to wait a hundred years more for the youngsters to reach this impressive size, if they manage to get there without the help of any treatment!

By the way, why torture pear trees by pruning? The main objective is to increase productivity.  But the elegance of the branches, symmetrically entwined along the trellises or the wall , adds to the pleasure of the eyes. Each step is closely monitored: pruning, training, disbudding, skimming, and finally thinning, as long as there are gardeners. Indeed, a double challenge is launched to the old gardeners to teach this historical technique on one hand, and for the young gardeners to learn it, on the other hand. 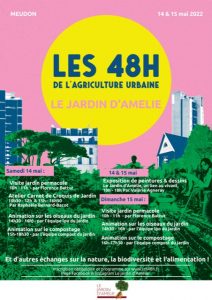